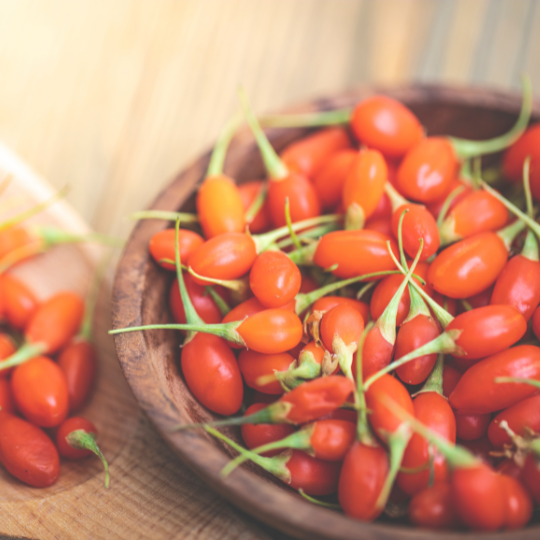 In a province in China there are four times as many people living beyond 100 years than anywhere else in the world. This population lives an active, nearly disease-free lifestyle. The majority of nonagenarians have no musculoskeletal disorders or vision loss and they have little to no cancer. 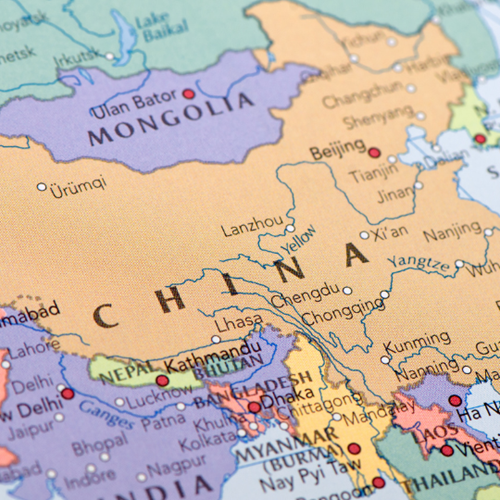 The sparsely populated Ningxia region is one of China’s smallest provincial economies. Agriculture serves as an important part of Ningxia's economy, with most of the crops being grown along the main waterways of the Yellow River basin. Some of the region's basic crops include: wheat, rapeseed, soybeans, flax, and hemp. In addition to these however, Ningxia is also the principal region of China where wolfberries are grown.

These fruits are known for their tremendous nutritional value, as they are some of the only fruits to contain not only vitamins and antioxidants, but also protein. The most robust variety of wolfberries are reputed to be found in Ningxia, which makes them especially important in the region [1].

There are 17 different wolfberry varieties; the Ningxia Wolfberry, Lyceum barbarium grown in the Ningxia province of China has the highest level of antioxidants and health properties of any other variety of the berry.

The Chinese Ningxia Wolfberry is the highest antioxidant food on the planet. 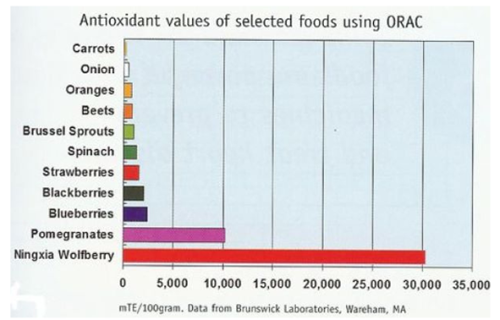 Why do we need antioxidants?

There are different types of free radicals that adversely affect our body systems and cause diseases such as cancer, auto-immune diseases and premature aging. Our only defense against free radicals are antioxidants which we consume in our diet.

You must consume a healthy diet rich in antioxidants. In addition, taking an antioxidant supplement that supports your body’s ability to trap free radicals may potentially prevent the development of the many diseases that are a result of unchecked free radicals.

Chinese wolfberry has been proven to lower cholesterol levels in test subjects outside the United States.

Why are cardiologists prescribing cholesterol lowering drugs such as statins that have a multitude of adverse side effects and may even contribute to irreversible organ damage for some patients?

Let that FACT sink in. 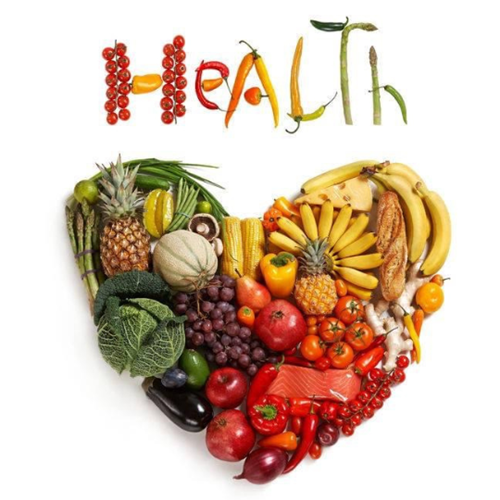 Studies in Asia and China have shown the Chinese wolfberry extract hinders the growth of cancer cells, preventing them from spreading and even destroying them in some instances [6].

The potential tumor-inhibiting effects of Chinese wolfberries are likely due to their ability to boost levels of antioxidants and reduce the levels of inflammatory cytokines IL-5 and Il-8 in blood.

A study in 79 people with advanced cancer found that those who were given immunotherapy plus concentrated Chinese wolfberry extract experienced a 25 percent higher rate of cancer regression compared to those who received immunotherapy alone [7].

This as well as many other studies that involve human volunteers are only being conducted in Asia and China. Areas outside the powerful influence of western medicine and ‘Big Pharma’.

No one  would argue that effective control of the blood sugar level is a key step in preventing or reversing diabetic complications and improving the quality of  life in both type 1 and type 2 diabetic patients [8].

The hypoglycemic activity {ability to lower blood sugar} of the polysaccharide extracted from the Chinese wolfberry Lycium barbarum was confirmed in a controlled research study using laboratory mice with induced type 2 Diabetes Mellitus. Each day for 30 days the test group was administered high doses of glucose water in order to replicate the high blood glucose levels typically seen in poorly managed diabetic patients. The study involved feeding the mice 40mg per kg a daily amount of wolfberry extract to test the ability of the wolfberry to lower blood glucose levels in the mice. Within 7 days of initiation of the 30 day trial the study group of mice showed significant decrease in blood glucose levels. In addition, serum lipid profiles were reduced in the group of mice receiving wolfberry extract daily [10].

Researchers concluded that Lycium barbarum, Chinese wolfberry extract is a good natural material that has potential as an agent to treat diabetes as well as effectively lower serum cholesterol levels. More research is needed, including approval to conduct research in the United States on human volunteers before conclusive evidence can be determined.

High in Vitamins A and C, Chinese wolfberry directly supports the immune system as a result of their antioxidant and anti-inflammatory properties.

I do not subscribe to ‘conspiracy theories’ and I support western medicine. It is my sincere belief that many millions of people have lived healthy productive lives thanks to advances in modern  medicine.

However we, as a society and individuals cannot ignore the resistance so clearly evident to what has been labeled alternative medicine by the participants who are themselves, the ‘alternative to tradition’.

Let’s look at the definition of ‘tradition’. The handing down of statements, beliefs, legends, customs, information, etc., from generation to generation, especially by word of mouth or by practice: something that is handed down: a long established or inherited way of thinking or acting [13].

The definition of “traditional” is “something that has long been established and honored for generations”. All of our herbs, roots, and the food we eat along with natural remedies have been used as medicines for thousands of years.

Natural medicine should actually be considered “traditional” and drug-intensive medicine, which has only been used for a century or two, is the “alternative”. 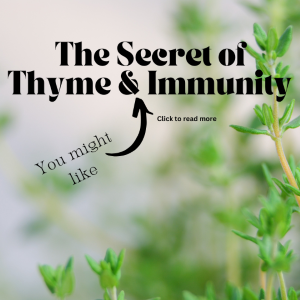